Sculpture in the collections of the Revoltella Museum

from Canova to the 21st Century 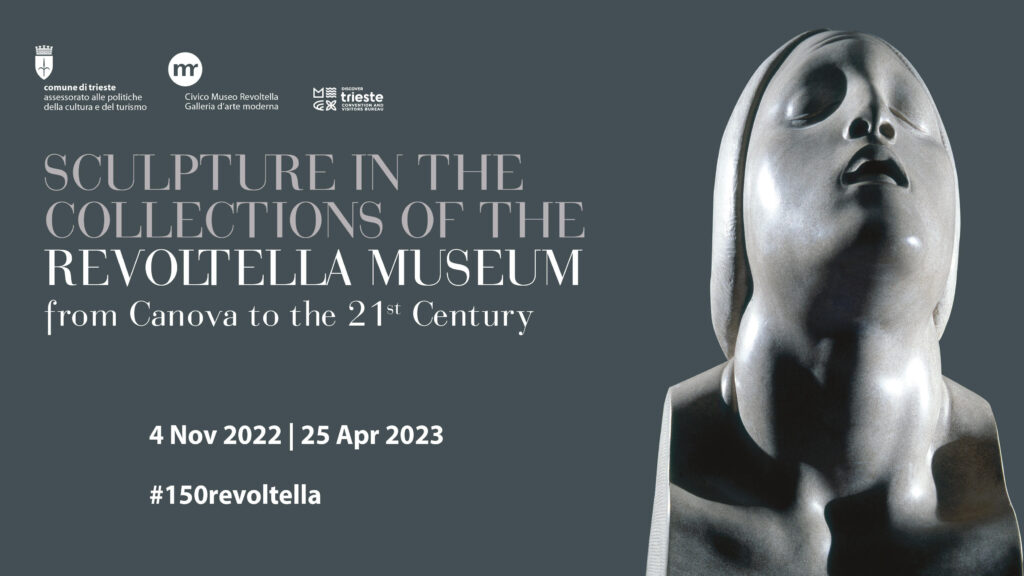 The Revoltella Museum was founded in 1872 at the express wish of Baron Pasquale Revoltella, one of the most representative personalities of imperial Trieste, who in his will bequeathed his palace and his vast art collection to the city. The Revoltella Museum is the oldest public Gallery in Italy specifically dedicated to modern art. “A building with artistic value,—in the words of the Baron himself—serving as an adornment to the city and an inspiration to cultivate the fine arts.”
From the beginning, in designing his prestigious residence, Revoltella revealed a clear vocation towards the “representational power of sculpture” and, with a carefully planned programme of sculptural decorations, he created a genuine educational programme, capable of narrating both the history of Trieste and the role of culture in the progress of society at the same time.

As part of the celebrations for the 150th anniversary of its foundation, the Museum is presenting the major exhibition “Sculpture in the collections of the Revoltella Museum. From Canova to the 21st Century”, a rich and diversified itinerary that showcases the extraordinary sculpture collection preserved by the Museum (which includes over 200 pieces). On display are approximately sixty works in marble, stone, bronze, terracotta, wax, ceramics, wood, and fabric, representative of artistic developments in Italy and Europe ranging from the first half of the 19th century through to the 21st century, some of which have never been exhibited before.

As part of the celebrations for the 150th anniversary of its foundation, the Museum is presenting the major exhibition “Sculpture in the collections of the Revoltella Museum. From Canova to the 21st Century”, a rich and diversified itinerary that showcases the extraordinary sculpture collection preserved by the Museum (which includes over 200 pieces). On display are approximately sixty works in marble, stone, bronze, terracotta, wax, ceramics, wood, and fabric, representative of artistic developments in Italy and Europe ranging from the first half of the 19th century through to the 21st century, some of which have never been exhibited before.

The exhibition itinerary winds its way through the Museum’s six floors.
To welcome the visitor at the entrance to the museum is Dea Roma (Goddess Rome, 1950), a colossal sculpture in plaster by the artist Attilio Selva from Trieste, which has been restored for the event and is being presented to the public for the first time.
Donated to the Museum in 1965 by the Trieste University Graduates Association, the work had been commissioned to the artist—who was already famous in the city for the flagpoles in Piazza Unità, the Monument dedicated to fallen soldiers in Piazzale S. Giusto and the one dedicated to Guglielmo Oberdan in the Fighter’s House—for the inauguration of the new university building in front of the university, but Marcello Mascherini’s Minerva was preferred to this Dea Roma statue.

“Sculpture as a programme of life“ is the title of the section dedicated to Pietro Magni and the sculptors of palaces. The decorative framework of the residence, in fact, values science and the arts that are factors of economic development, reflecting—in perfect coherence with the positivist culture of his time—Revoltella’s beliefs and activities.

The Baron commissioned Pietro Magni, one of the greatest protagonists of the Scuola di Milano (School of Milan) movement, to create a spectacular decorative cycle articulated in massive sculptural groups, placed in the palace’s most visible points, namely the Ninfa Aurisina (Aurisina Nymph) allegorical marble group created to celebrate Trieste’s new aqueduct, which replaced the Theresian one that was by then no longer capable of meeting the needs of the 19th-century city, and the massive allegorical group representing the Taglio dell’Istmo di Suez (Cutting of the Suez Isthmus), a representation of the most ambitious project of the Baron, who was one of the first shareholders in this great enterprise. Magni’s work is preceded, at the beginning of the itinerary, by two versions of the Ritratto di Pasquale Revoltella (Portrait of Pasquale Revoltella), which are two busts made of plaster and marble, displayed side by side for the first time.

The section dedicated to Early 19th-century Classicism and sculpture from the Napoleonic era includes works by Canova, Houdon, and Bartolini, among the first sculpture acquisitions that followed the foundation of the Museum in 1872: the Ritratto del principe Felice Baciocchi (Portrait of Prince Felice Baciocchi), a work in marble by the Tuscan sculptor Lorenzo Bartolini, an innovator of neoclassical academicism in a naturalistic sense and official portraitist of the Bonaparte family; Napoleon I, a plaster bust by the Frenchman Jean Antoine Houdon; and the important plaster sketch by Antonio Canova, the most famous sculptor of the neoclassical era, for the monumental statue of Napoleon I in the garments of Mars the Peacemaker.

A section of the exhibition is entirely dedicated to the work of Marcello Mascherini, a charismatic artist of great vitality, who also played a decisive role in the long history of the Museum, as an active and decisive member of the museum’s Curatorial Board.

The museum possesses roughly fifteen valuable sculptures by Mascherini, which have become part of the collection thanks to significant purchases and donations, and which are able to chronicle the different creative phases of one of the protagonists of the Italian art scene of the first half of the 20th century. From the evocative small bronze statues Volo dell’allodola, Estasi, Baccante, Musico e Icaro (Flight of the Lark, Ecstasy, Maenad, Musician and Icarus) to the imposing Beethoven (a work from the 1920s); from the vigorous Self-portrait to the monumental Sirena (Mermaid) group; from Eva (1939), one of the most significant sculptures in the entire collection, to the extraordinary Risveglio di Primavera (Spring Awakening), a work from 1954 that highlights the expressive novelty of his sculpture, essential and geometric, with its visibly elongated forms.
The exhibition is magnificently opened in the atrium on the ground floor by the splendid Cavallo rampante (Prancing horse, circa 1962).

The Museum hall dominated by two imposing plaster sculpture groups by Leonardo Bistolfi – Funerale della Vergine (Funeral of the Virgin) and La Croce (The Cross) – has been completely remodelled to restore the richness and variety of Revoltella’s sculpture collection through the display of more than twenty works created between the 19th and 20th centuries.

Purposefully compared in their interpretation of the female figure, the sculptures of local artists such as Ruggero Rovan, Franco Asco, Mario Ceconi di Montececon, Gianni Marin, and Giovanni Mayer dialogue with those of some masterful representatives of late 19th-century Verism: Donato Barcaglia and Andrea Malfatti. The feminine image, idealised and suspended between spirituality and formal perfection, is instead featured in Pietro Canonica’s ethereal Sogno di Primavera (Dream of Spring, 1898) and in Adolfo Wildt’s extraordinary and enigmatic face of Vergine (Virgin, 1924), shown here side by side.

One of the most important works in the collection is Gavroche (approx. 1883) by Medardo Rosso, the greatest Italian sculptor of the second half of the 19th century, an artist of exceptional modernity who started from the Lombard Scapigliata tradition, then moved to Paris and interacted with artists and intellectuals of the calibre of Auguste Rodin and Emile Zola. 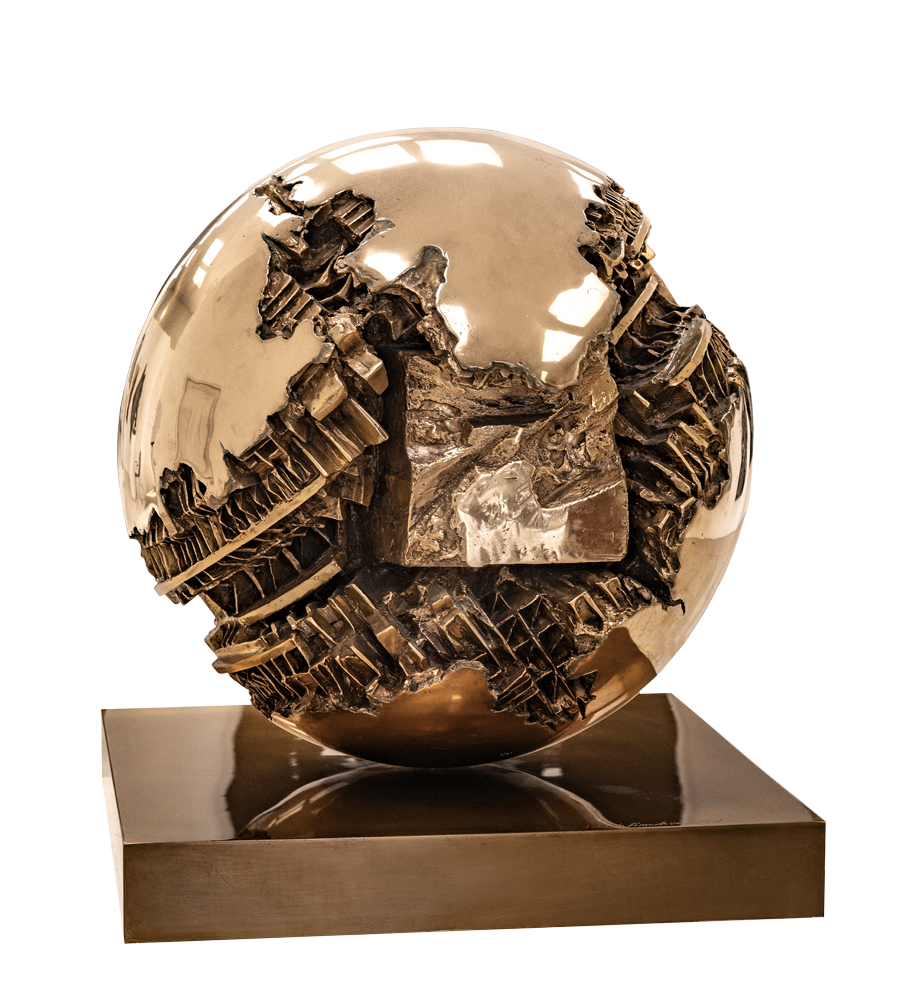 As part of the section dedicated to masterpieces of the Italian 20th century, the sketch consisting of four sculptures which Arturo Martini submitted to the contest held in 1934 for the monument to Emanuele Filiberto Duca d’Aosta, to be placed in Piazza Castello in Turin, is on display.

In the dramatic years of the Second World War, the Revoltella Museum did not abandon, however possible, expanding its collections, simultaneously focusing on national and local artistic production.

Starting in 1948, the year in which the 24th Venice Biennale marked the rebirth of national artistic life, “one of the most fervent and constructive phases” of the Museum’s history was launched, marked by the acquisition of works of great value, including Giacomo Manzù’s Bambino con l’anatra (Child with duck), Marino Marini’s Il ritratto di Carlo Carrà (portrait of Carlo Carrà), Emilio Greco’s Ritratto (Portrait), and Alberto Viani’s Cariatide (Caryatid) in plaster.

At the 1960 Biennale in Venice, the interest in sculpture was expressed by the purchase of a series of works, representative of the language of Informalism, by Augusto Perez, Quinto Ghermandi, and Agenore Fabbri, while in the years immediately following, Dino Basaldella’s sculpture Omaggio (Homage), Arnaldo Pomodoro’s Sfera n. 4 (Sphere n. 4), and Mirko Basaldella’s bronze work Motivo Concentrico (Concentric Motif) became part of the Museum. Acquisitions from the 1970s include Mirko Basaldella’s gigantic Gran Sacerdote rosso (Grand red priest) and the artwork BaroKo by the artist from Trieste Bruno Chersicla.

Prominent among the most recently created sculptures, from the 1980s to the early 2000s, is Solid-Speech Puzzle. Keyword: Tessitura, a work by Trieste-based artist Lydia Predominato, representative of what is known as Fiber Art or Soft Sculpture: an incredible oversized puzzle consisting of 28 modular pieces, which was purchased in 2020.

Predominato’s work, the outcome of a fascinating mix of technology and craftsmanship, 150 years after the beginning of the Revoltella Museum’s long history, expresses what its founder considered to be fundamental in his concept of art: an outlook on technology and “modernity “, which is never separated from skilful craftsmanship and a refined sense of aesthetics. 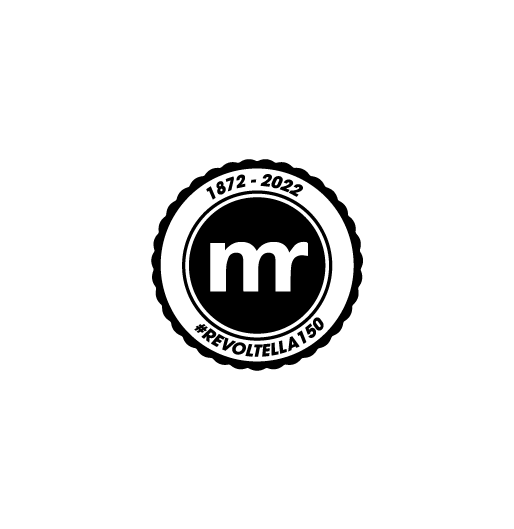 Every day
from 9am to 7pm
Closed on Tuesday